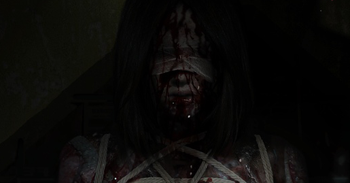 Allison Road started life as a Kickstarter before the devs signed a publishing deal with Team 17.

Silent Hills was a video game tragedy, ripped from our hands by Konami before its time. Allison Road rose up in an attempt to fill the void Silent Hills left behind, as a Kickstarter horror game. It was eventually picked up by publisher Team 17, but today I regret to inform you that it too, has been canned.

"Hi all. Sadly Allison Road had to be cancelled. Statement to come in the next few days. Thx for all your support and very sad it came 2 this," posted the official Allison Road Twitter.

We've reached out to the developer for more information, but it's really sad that both Silent Hills, and now, the game that was supposed to replace Silent Hills have both been cancelled.