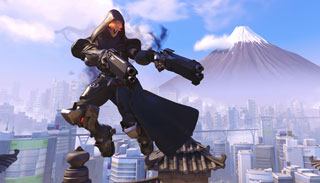 Blizzard may be considering cross-platform play for Overwatch, but only on consoles.

If you've been playing Overwatch on PS4 or Xbox One, you could find yourself squaring off against players on the other console in the future. When asked on Twitter if there would ever be cross-platform play in their new shooter, Blizzard replied, "There is no cross platform play. We'll keep an eye on cross-platform possibilities on the consoles."

Of course, that response led to someone else inquiring about the possibility of console players taking on PC gamers, to which Blizzard replied, "We have no plans for that. Mixing mouse/keyboard and controller can have balance and competitive issues." Add to that the fact that Blizzard has already said it plans to balance the PC and console versions separately, and you can easily see why this won't happen.

Still, cross-platform play between consoles could be a boon for folks looking to expand their circle of competitive friends. It would also have the effect of allowing people to play on the console of their choice without having to buy a different machine just to play with their friends.