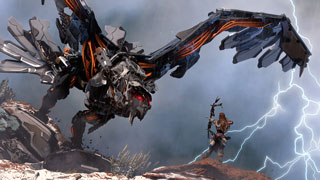 Last year, Horizon Zero Dawn caught the interest of many gamers when it appeared as part of Sony's E3 press conference. Since then we've been waiting to hear more news on the game, but the news we finally got today wasn't what most folks were hoping for, as the game was delayed into next year.

In a post on the PlayStation Blog, Hermen Hulst, the managing director of Guerrilla Games, announced the delay alongside a new trailer (embedded below), saying, "It wasn't an easy choice to make; we know many of you have been anxious to play the game since we first announced it."

The delay was necessary, Hulst said, as Guerrilla Games wanted, "To ensure that Horizon Zero Dawn lives up to the visuals and gameplay quality that our games are known for. The new date affords us the extra time required to deliver fully on our ambitious vision for Horizon Zero Dawn."