It has confirmed that the third Elusive Target mission in Hitman will go live Wednesday.

It was announced today that the third Elusive Target mission for Hitman will go live on Wednesday, June 8, at 6 AM PT/ 3 PM CEST. This time, players will be attempting to take out "The Prince" in Sapienza, and will have 72 hours to do so. 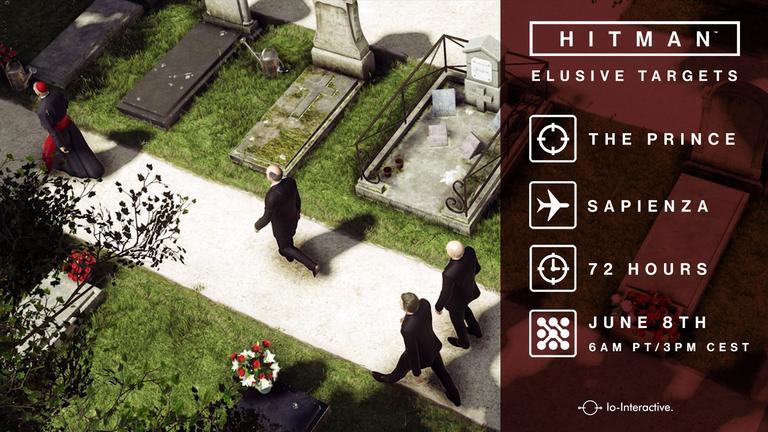 As was the case with the first two targets, players will have one shot to complete the mission. The target will be available for a limited time, and if you fail the target is gone for good. According to Square Enix, only 53% of players successfully completed the first contract - The Forger - with one player somehow managing to successfully take him out in six minutes. The second target - The Congressman - was snuffed out by more than 60% of those who attempted it.