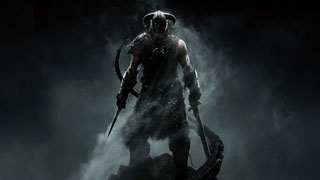 Word on the street is that a Skyrim remaster and several sequels will be shown off at Bethesda's E3 event Sunday.

If you've always wanted to play Skyrim on your new console, it sounds like you may get the chance soon. A rumor making the rounds claims that Bethesda will show up a remastered version of the latest Elder Scrolls game at E3. Also mentioned in the rumor are a number of sequels, including Wolfenstein 2, The Evil Within 2, and the elusive Prey 2.

The Skyrim remaster was first mentioned in passing on the H.A.M. Radio podcast by industry insider Shinobi602, and then supposed insider Enter the Dragon Punch posted on NeoGAF saying "It's real."

Dragon Punch claims that the remaster will not only include the game, but also all the DLC and support for mods on console, which would be a big win for gamers. After all, the list of amazing Skyrim mods is long, and we know that Bethesda has mods working on console already.

A sequel to Wolfenstein: The New Order was first mentioned last year, when voice actress Alicja Bachleda-Curus, who voiced Anya Oliwa in the game, said she was working on a second game. Both New Order and Old Blood were critically and commercially successful, so a new game in the series wouldn't be a huge surprise.

There's been little noise about a sequel to The Evil Within, but given that the first one did well, it wouldn't be a surprise.

The most interesting game on the rumored-to-appear list is Prey 2, which has had a tumultuous history. First under development at Human Head, it was under scrutiny from Bethesda, who said in 2013 that the game "wasn't good enough." Later that same year, leaked emails pointed to the game's development being moved to a newly opened branch of Arkane Studios in Austin, TX. In 2014, the game was officially canceled by Bethesda. That's where it sat until a couple of weeks ago, when Prey2.com and Prey3.com were updated to point to a hidden Facebook page.

We'll find out how true all of these rumors are at Bethesda's E3 press conference, which is scheduled for Sunday, June 12 at 10 PM ET.