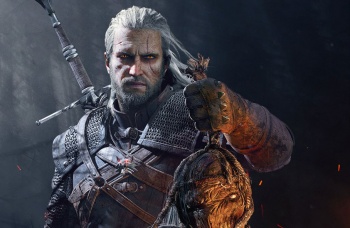 Geralt's story may have concluded in The Witcher 3 - Blood and Wine, but CD Projekt Red haven't quite finished with the game.

You'd be fair to assume that CD Projket Red have washed their hands of The Witcher 3, especially after repeatedly stating that Blood and Wine would be Geralt's final adventure. But you'd be wrong, as the developer has announced that while the game will receive no more DLC content, a major patch is currently in the works.

"We're working on the next patch and hoping to have it out as soon as possible. Should address all major reported issues," Tweeted CDPR's community manager Marcin Momot. We're not entirely sure of what this patch will fix exactly, as the only thing Momot confirmed is that the "camera not locking onto enemies" glitch has been remedied.

If you're interested in what other major issues players have been having, you may wanna check out this thread on the official Witcher forums.

Most of the issues are fairly minor, and not exactly what you'd call gamebreaking, but this level of dedication from CD Projekt Red is all but expected at this stage.

I hope they can sneak a few extra goodies into the patch, so we can have one last taste of The Witcher before closing the book on him for good.