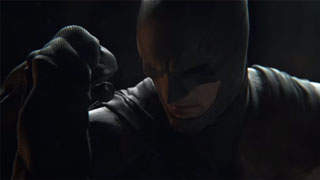 Yesterday saw the existence of Injustice 2 leaked by way of a promotional poster. In the wake of that leak, Warner Bros. has gone ahead and officially confirmed the game this morning.

Set to launch next year, Injustice 2 will continue the story of the first game. The official release describes it, saying, "Batman and his allies work towards putting the pieces of society back together while struggling against those who want to restore Superman's regime."

Another new addition is the ability for players to customize how their favorite heroes "look, fight and develop." This will include the ability to "personalize iconic DC characters with unique and powerful gear earned throughout the game."

The announcement trailer features familiar faces, including Batman, Superman, Supergirl, Aquaman, and The Flash. Atrocitus and Gorilla Grodd are also in the game, the press release confirms.

To celebrate the announcement, Warner is making the Injustice 2 versions of Superman and Aquaman unlockable in the Challenge Mode of the Injustice: Gods Among Us mobile game.

The press release says the game is coming to PS4 and Xbox One, with no mention of a PC version, but as the original game took a few months to make its way to Steam, I think you can expect this one will eventually land there as well.