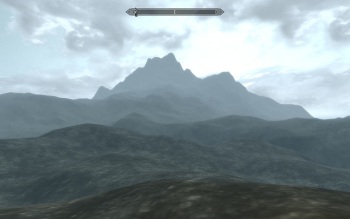 While a Skyrim remaster looks pretty likely, Bethesda's Pete Hines says that there's no way Morrowind will get the same treatment.

Something that we are fairly confident Bethesda will show at E3 this year is a Skyrim remaster, packaging all of the game's DLC and mod support into a package for PC, PS4 and Xbox One. Naturally, this got people's hopes up about earlier Elder Scrolls games, particularly Morrowind, which holds a special place in fans' hearts.

However, speaking to GamesRadar, Bethesda's Pete Hines makes it clear that Morrowind won't ever be getting the HD treatment.

"To take Morrowind and then to completely rebuild it? It was an Xbox game. To completely rebuild it have it be relevant for today? That's a pretty massive team doing a massive amount of work," he explained. "You go back and look at it. Do you remember the dialogue system in Morrowind? Do you remember what it was like talking to someone and scrolling through this long list of questions. You put that out for someone that just finished Skyrim and they're going to be like 'What in the hell...?'"

"Those great games are great for what they were but I don't know if we're ever going to spend time going back to old stuff and saying 'okay here it is now on this console exactly like it was'" he concluded.

Basically, remastering anything older than the Xbox 360/PS3 generation would simply require way too much work to be worth it. Perhaps an Oblivion sequel would be more likely?

If you need a Morrowind fix though, maybe you should check out Skywind?