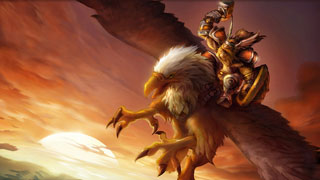 After meeting with Blizzard, the team behind the Nostalrius legacy server says that the company wants legacy servers, but there are issues.

When Blizzard's legal team dropped the hammer on the Nostalrius private WoW server, everyone though that would be the end of it. After all, what recourse would a group of people who were basically running a pirated server have?

Instead of disappearing into obscurity, the players from the server put together a petition that garnered hundreds of thousands of signatures, and Blizzard took notice, setting up a meeting with the server's admin team. Now that meeting has taken place, and after the planned two-hour get-together stretched out to five hours, the Nostalrius team says they're convinced that Blizzard wants legacy servers, but that there are challenges to overcome.

The team learned that while Blizzard does have the source code for vanilla WoW, they may be missing other important parts of the equation, like models, maps, and other data. The team summed it up, saying, "Not all of this information was under a version control system." It turns out that the parts that are lost will likely have to recreated, and that will take time, money, and effort on Blizzard's part.

Still, the Nostalrius team came away from the meeting feeling that Blizzard does want to create vanilla servers if they can. The team wrote of the meeting, "To sum up: the good surprise of the meeting was the level of engagement of all these Blizzard people toward making legacy servers a reality. "The downside is the technical difficulty it will take to reach our objective. Blizzard is now well aware of the amount of players willing to play legacy servers, something which wasn't the case until Nostalrius shutdown."

We'll have to wait and see what the future holds for legacy WoW servers, but one thing is certain: Almost no one expected the response that Blizzard got from the shutdown, and even fewer people expected Blizzard to spend the time they have considering it. Who knows what may come of it?