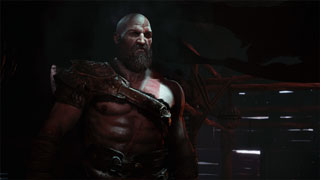 There's a new God of War game coming to PS4, and Sony showed off a first trailer at E3 today.

The newest title in the God of War series is unsurprisingly titled God of War. Although its existence has been rumored for some time, we got our first look at the gameplay tonight at Sony's E3 presser.

It features an older Kratos sporting a full beard and wielding an axe as he talks with his young son. He takes the boy hunting, and they wind up fighting a troll along the way. While the visuals are noticeably better than those in previous God of War titles, the mechanics look very familiar. The over-the-shoulder camera and the attack combos return, and Kratos is still a badass, even in his older years.

There's no mention of a release date, but it's definitely good to see that the God of War rumors were accurate. That said, most of the previous God of War games released in March, so it wouldn't be surprising if we saw it in stores next spring.