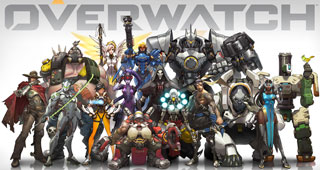 Blizzard has announced that Overwatch now has over 10 million players.

Less than two weeks ago, Blizzard announced that seven million people were playing Overwatch. Yesterday, the company took to Twitter to celebrate an even bigger milestone: 10 million players.

Overwatch has taken the gaming world by storm, with players putting in thousands of hours, showing off awesome cosplay, and even building a site to help players find groups. For Blizzard's part, they've already started smacking down cheaters, penalizing match-quitters, and rolling out balance patches.

Ten million Overwatch agents activated and counting! Thank you for daring to see the world for what it could be. ???? pic.twitter.com/5nCe4e32XT— Overwatch (@PlayOverwatch) June 14, 2016

Odds are that we're going to be hearing about more milestones in Overwatch, as the shooter seems to be gaining more momentum every day.