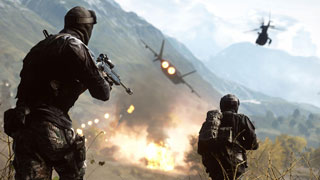 EA has had a number of specials as part of its "Road to Battlefield 1" promotion that began in the run-up to Battlefield 1. So far, they've been giving away expansions for the previous two Battlefield games, but now they've heavily discounted the games themselves.

Through Monday, June 20, you can pick up Battlefield 4 and Battlefield: Hardline for just $5 each. That goes for the PC, PS3, PS4, and Xbox One versions of the game. For some reason, the Xbox 360 version of the games got left off the deal, apparently.