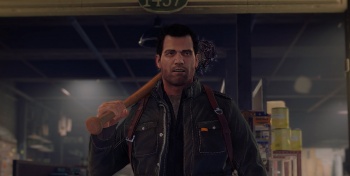 Microsoft has confirmed that the upcoming Dead Rising 4 will only be a timed exclusive for Microsoft consoles.

Dead Rising 4 was revealed during Microsoft's E3 press conference this week, and just like Dead Rising 3 before it, many had assumed Microsoft had secured an exclusivity deal for the latest installment. This appears to not be the case, as the console manufacturer has confirmed to GameSpot that the game's exclusivity is only for a limited time.

Dead Rising 3 was a timed exclusive on the Xbox One for 10 months, after which it came to PC. As of now, it is still yet to come to PS4, but Microsoft made it clear at the time that it had secured a console exclusivity deal.