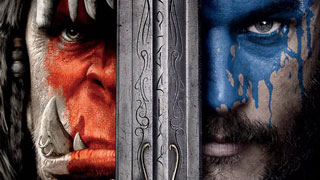 The Warcraft movie is now the most successful video game film ever made.

Despite being roundly panned by critics (A 32 on Metacritic and a 29% on Rotten Tomatoes), the Warcraft movie has now made more money than any other video game movie in history. Since 2010, that record has been held by Prince of Persia, which grossed $336 million. That has finally been surpassed, as Warcraft has now grossed $377 million worldwide.

The ticket sales numbers come from Box Office Mojo, which notes that Warcraft's revenues fell 73% on its second weekend. That is the third-largest second weekend drop for a movie in over 3,000 theaters. Only 2009's Friday the 13th and Fifty Shades of Grey fell harder.

Roughly $200 million of the Warcraft total comes from China, where the movie has been much more well received. Our own Cinemarter said of the movie, "It's not bad enough to say 'don't see it,' but it's also not likely worth your time unless you're already a fan of the games."