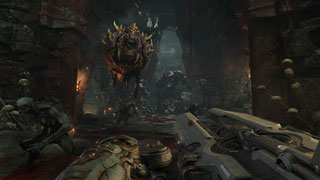 The free Doom demo that was announced for E3 week has been extended.

During its E3 press conference last week, Bethesda announced that it was offering up a free demo of their latest shooter, Doom. Originally, that demo was supposed to be available only during E3 week, but Bethesda has now extended that demo.

In a post on Twitter, the company said, "Due to popular demand, we're extending the #DOOM Demo!" The demo includes the entire first level of the single-player campaign.

Bethesda hasn't said how long they plan to keep the demo available, so if you haven't gotten to try the game yet, you should grab it as soon as you can. After all, our review calls the campaign, "Absolutely glorious." You don't want to miss that. You can find the demo at this link.