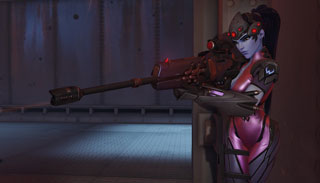 The option to avoid being matched up with a particular player has been removed from Overwatch, Blizzard said today.

If you've ever used the "Avoid this Player" feature in Overwatch to keep from seeing someone in-game, you might run into them again soon. Blizzard said today that it has removed that option from the game. The UI option still appears, but it no longer functions. It will be removed in a future patch.

In a post on the Overwatch forums, Game Director Jeff Kaplan explained why the company chose to make this change. Apparently it was, "wreaking havoc on matchmaking." Kaplan related the story of one of the "best Widowmaker players in the world" who was experiencing long queue times. When the company looked into the problem, they found something interesting. Hundreds of other players had marked him as someone to avoid. Not because he was toxic or abusive, but apparently because they didn't want to take on someone playing at his skill level.

Because of his, his wait times were longer, and even worse, when he finally did get a match, the system had expanded the window of possible matches so that he was up against much lower skill level players. "As a result," Kaplan wrote, "we've disabled the Avoid system (the UI will go away in an upcoming patch). The system was designed with the best intent. But the results were pretty disastrous."

Kaplan's entire post is quite lengthy, and touches on many of the issues the company faces with matchmaking in Overwatch. You can read it right here.