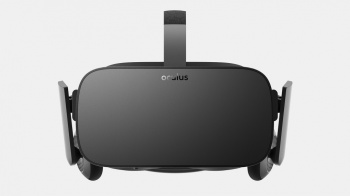 Head of Content Jason Rubin says that a lot of Oculus "exlusives" are only really "timed exclusives".

There's been a lot of mudslinging between the two leading VR platforms, Oculus and Vive, as of late, with Oculus-exclusive games being the focus. Vive and Valve's opinion is that exclusives are quite damaging to the community, while Oculus Head of Content Jason Rubin claims the exact opposite. In an interview with Gamesindustry.biz, he talked a little about what the company was doing for up-and-coming VR developers.

"The idea that we're not doing good for the industry I find completely failing," stressed Bulin. "Smaller games, indie games that come to us half done - generally, we say to them, here's a much smaller amount of money just to get you to where you wanted to be, and in exchange, give us a short time in the store exclusive."

"There are other cases where we say, 'We think you could do a little better job,' or, 'You're not quite at the finish line,' here's cash. Don't do anything [exclusive with us]. In fact, as of today, there are games in the Steam store that we have put money into that are not in our store."

Rubin believes that Oculus is doing what no other company is able to for the VR space, and with the enormous funding of Facebook backing it, these "exclusivity deals", where VR devs are given a big chunk of money in exchange for a short "timed exclusive," are ultimately going to benefit the consumer.

He also noted that even "first-party" Oculus exclusives - games that have been completely funded and developed by Oculus - have the potential to make it to other VR platforms in the future.

What do you think about VR exclusivity? Is Oculus really doing this "for the good of the industry," or is it just fracturing its already small and skeptical install base? Personally, I think its way too early to buy into this VR thing, and will wait until the next generation (when it becomes a bit more affordable...) before dipping my toes in.