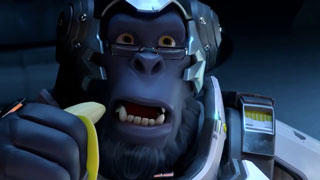 If you repeatedly quit an Overwatch Competitive Mode game early, you could get slapped with some serious penalties.

The Overwatch Competitive Mode is coming soon. We've seen some of the rewards we can expect to see, and now players checking the new mode out on the Public Test Region (PTR) have found the penalty for leaving matches early.

When you leave a Competitive match, you'll see a warning. A screenshot of the warning (seen below) made its way to Reddit, and the penalties it details can be quite severe. Not only can expect the 75% XP penalty that you receive for repeatedly leaving Quick Play games, you can also be suspended from Competitive Play entirely for up to an entire season. As seasons are planned to run three months each, that's a substantial penalty.

There are a number of changes coming to competitive mode, so you shouldn't consider these penalties as set in stone, but they definitely should give habitual match-quitters pause. 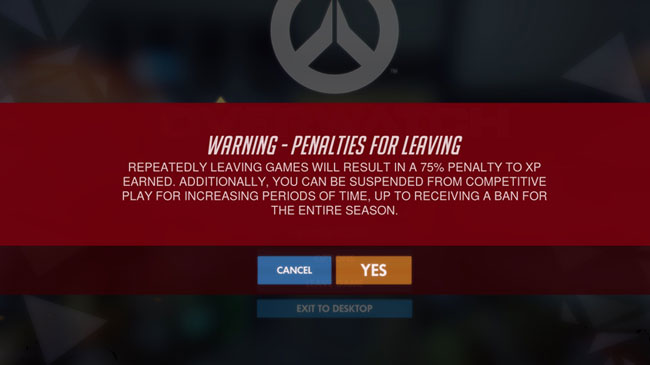