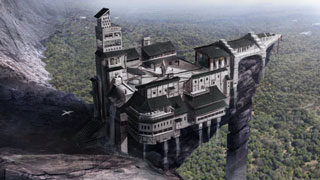 After almost 30,000 hours of development, the Enderal mod is coming to Skyrim in July.

If you were into the Oblivion mod scene, you probably remember the total conversion mod Nehrim - At Fate?s Edge. Now the Sure AI mod team has returned with the sequel to Nehrim, titled Enderal.

Enderal is set in the world of Vyn, and the designers say that it will offer anywhere from 30 to 100 hours of gameplay, depending on your style of play. The world of Enderal is smaller than Skyrim's, but the team believes that the story makes up for it. "We believe that the depth of our story and the complexity of our characters both surpass those in recent Elder Scrolls games," says the official mod site.

The German version of the mod will release the first week of July, with the English version coming "some weeks later." Both versions of the mod are fully voiced. Enderal also includes a housing system, survival mechanics, and a diverse range of areas to explore.