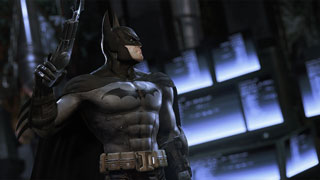 Batman: Return to Arkham won't hit its release date. Now it doesn't have a release date at all.

Back in May, Warner Bros. announced that they were bringing the Batman: Arkham series to current-gen consoles. Titled Batman: Return to Arkham, the new collection would include both Batman: Arkham Asylum and Batman: Arkham City. It was set to launch on PS4 and Xbox One on July 26, but Warner announced today that they have delayed the game, and there is now no official release date.

The announcement came in a post on the game's official forums. WB Games' Steve Grayson wrote, "After reviewing the progress of the project, the team at WB Games has decided to delay the release of Batman: Return to Arkham to give the team at Virtuous Games additional time to deliver a polished Batman Arkham game experience."

While a delay isn't that unusual these days, what's a little odd is that Warner didn't bother to offer up an updated release date. Grayson's post said, "We do not have a release date yet and will be sure to communicate that once we are sure the game will be ready." That's a little concerning, but we'll have to wait and see just when the game will finally materialize.