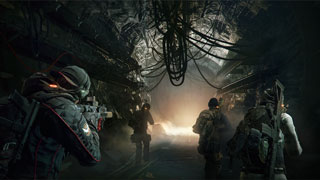 The latest issue with The Division: If you own the Underground DLC, it might not be showing up for you.

Another day, another problem for players of Ubisoft's The Division. The game's Underground DLC released today, but for some users, it's still not showing up. The game's official Twitter account acknowledges the issue, and says that for PC players, it's already fixed.

If you still don't see it on PC, Ubi says you should restart the Uplay client, and that should resolve the issue.

If you're on Xbox One and have the Season Pass but not the DLC, there's an easy fix. You just need to go to the in-game store, click purchase, and Ubi says that "the game will detect that you own the season pass."

[PC] The issue where Underground would not be shown as Owned when owning the Season Pass should now be fixed. Make sure to restart the game— The Division (@TheDivisionGame) June 28, 2016

No matter which platform you're on, if you see Underground as "offline," you should make sure to complete the Secure Quarantine Center side mission. You can find it on your map.

While this isn't a major issue in the grand scheme of things, it's just the latest in a long line of issues that have plagued Ubi's open-world multiplayer shooter. We've seen broken patches, missing daily missions, and even patches that didn't work and had to be delayed. You have to wonder how long the people still playing it will have the patience for the ongoing issues.