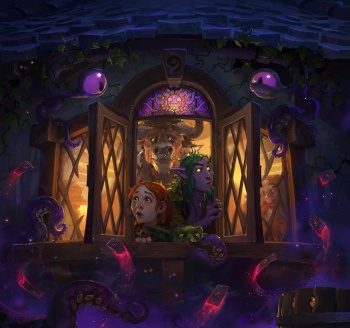 You only have until July 6 to claim your free Whispers of The Old Gods packs.

When Whispers of The Old Gods launched for Hearthstone earlier this year, it came with quite an attractive launch promotion. Players could earn up to 13 free packs of cards, just by playing the game. Sadly, all promotions have to come to an end, and Blizzard has announced that this one will be ending on July 6.

However, players will still get a free C'Thun and two Beckoner of Evil cards in the first Whispers of The Old Gods pack that they open, even after July 6.