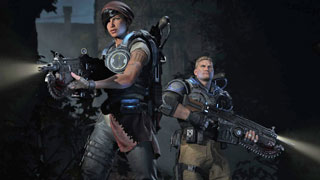 Microsoft has announced that all future Microsoft-published Xbox One titles will also be available on PC.

Microsoft has made an announcement that will potentially put an end to Xbox One exclusive games - all future Microsoft-published Xbox One titles will be a part of the Xbox Play Anywhere program - meaning that if you purchase the game on Xbox One, you'll get a free copy to play on your Windows 10 PC (or vice-versa).

"Every new title published from Microsoft Studios will support Xbox Play Anywhere and will be easily accessible in the Windows Store," wrote corporate vice president Yusuf Mehdi. What this means is that there will likely never be another Xbox One exclusive title, unless of course a third-party publisher such as EA games decides to make a game exclusively for the console.

Xbox Play Anywhere is a bold new initiative from Microsoft that allows players to seamlessly switch between the two platforms. Purchasing a game on either platform unlocks it for the other, and saves, achievements, and other data will transfer easily between the two.

ReCore is currently the first scheduled Xbox Play Anywhere release, coming on September 13, and other major titles such as Forza Horizon 3, Gears of War 4 and Cuphead will join later.