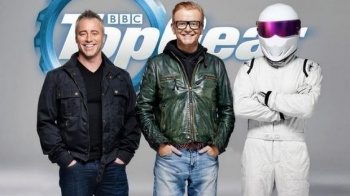 Evans, brought on after the departure of Jeremy Clarkson, James May, and Richard Hammond, has quit Top Gear after just one season.

Top Gear has had a messy year. Last year, long-time presenter Jeremy Clarkson was let go from the show, and his cohorts James May and Richard Hammond were quick to follow. BBC quickly replaced the trio with Chris Evans (no, not that one) and Matt LeBlanc. Now, Evans has announced his departure from the show after a mere six-episode season.

The final episode of the latest series was watched live by 1.9 million TV users in the UK - a series low for ratings.

It certainly looks like the once legendary show is sinking fast. Most would argue that Clarkson, May and Hammond were Top Gear, so you can hardly blame fans for abandoning it en mass.