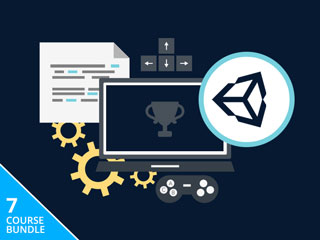 A great game idea is the first step...but it's nothing without the right tools to bring it to life. Turn your idea into a real game-and kickstart a career in game development while you're at it-with the Intro to Unity 3D Game Development Bundle. It's now 92% off at Escapist Deals.

You'll get seven courses and 21+ hours of training. Learn how to:

...and plenty more. All the while, you'll learn the fundamentals of programming in C# and Swift-and how to apply those skills towards any other language in the future.

Get all seven courses for 92% off. Now's your chance to grab the Intro to Intro to Unity 3D Game Development Bundle at Escapist Deals.