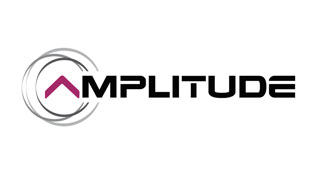 The developer of the Endless series of strategy games is now a part of SEGA.

The news means that SEGA will publish Endless Space 2, and will take over previous titles in the series: Endless Space, Endless Legend, and Dungeon of the Endless. Speaking of the acquisition, Amplitude co-founder Mathieu Girard said, "Joining the SEGA family represents the culmination of five years of hard work from myself and Romain and everyone here at Amplitude Studios. For the Endless series to be alongside PC franchises with such heritage as Total War and Dawn of War in the SEGA Europe stable puts our games where we feel they deserve to be. We look forward to leveraging SEGA Europe's expertise in the PC market to take the Endless series to the next level."

The most interesting thing about this acquisition is that it places SEGA in the position of having what is arguably the best strategy game portfolio in the industry. Creative Assembly (Total War series) was acquired by SEGA in 2005, and Relic Entertainment (Dawn of War and Company of Heroes series) came over after the THQ bankruptcy in 2013. Amplitude is indeed joining some well-regarded teammates.

There's no word yet on what this will mean for Endless Space 2, but it's probably a safe bet that we won't be seeing the planned Steam Early Access release that was slated for later this year. There's probably a good chance we'll see and hear more about the game at GamesCom in August.

Take My Money: Fight Back with the Best XCOM 2 Gear TrishaHershberger 1 Comment
Comments on