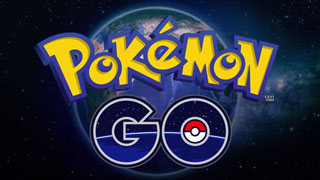 If you can't wait for Pokemon GO to release where you live, there's a way to download it right now.

Pokemon GO has begun launching around the world, with the initial launch taking place in Australia and New Zealand. While there's no set date for the game to come to North America, it's expected later this week. But if you just can't wait to start catching them all, there's a way you can download the game right now, at least if you're using an Android device.

All you need to do is download the APK file for the game by visiting this link on your Android device. You'll have to make sure that you've set your phone to allow installations from unknown sources. It should be noted that installing apps in this fashion can be dangerous, as APKs can contain malicious software. That said, there have been no reports so far that this APK is malicious.

A few words of advice are in order before you begin chasing down your Pokemon, though. The word is that the game burns through battery at an insane rate.

Also worth mentioning are the game's microtransactions. Everything costs "Pokecoins," with 20 Pokeballs coming in at 100 Pokecoins, and one incense (used to attract Pokemon) running you 80 coins. 100 coins will set you back $0.99, and the more you buy, the better the rate you get per coin. The largest pile of coins you can buy is 14,500 for $99.99.

If you're hesitant to jump in early, we're hoping to hear more about when the game will officially launch in the US soon.