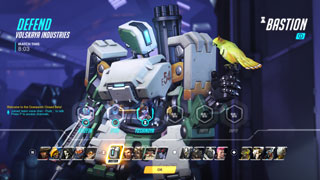 It looks like the first hero added to Overwatch will be a member of the support class armed with a sniper rifle.

Now that Overwatch has competitive mode, Blizzard has turned its attention to addressing bugs, patching existing heroes, and maybe introducing some new ones.

In a tweet earlier today, Blizzard may have rolled out the first tease for an upcoming character. The image (included below) shows what purports to be a biotic rifle that will allow the delivery of heals from range. In the image, Torbjorn and Mercy are conversing on the merits of such a device.

There have also been hints that the next character will be named Sombra, which is Spanish for shadow. Reaper has a voice line that asks about Sombra, and a newspaper found on the Route 66 map has the headline, "¿Quién es Sombra?" It's worth pointing out that this is pure speculation, and nothing in Blizzard's tweet pairs a name to the rifle.

That said, it's likely that this rifle will be wielded by a new character. It's just hard to say when that new character might arrive. Hopefully we'll see more info from Blizzard very soon.