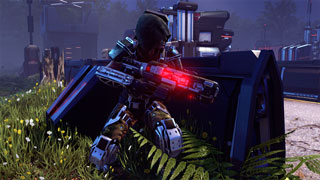 Two new mods from the team behind the Long War mod have made their way onto the XCOM 2 Steam Workshop.

One of the most popular mods created for XCOM: Enemy Unknown was Long War, and its creators are back with more content for XCOM 2. Their two latest mods add a number of perks for your soldiers, and a whole new laser tier or weaponry.

The Long War Perk Pack offers an additional perk option each time a soldier levels. It also adds over 70 new or modified abilities that can be assigned to soldiers, gear, or aliens. It adds three new classes to the base game's four, and adds 10 new Personal Combat Sim items as perks, allowing players to create their own classes. Finally, it modifies the tactical hud to handle 14 ability icons at once. You can find the Long War Perk Pack on the Steam Workshop.

The second mod is the Long War Laser Pack. With this mod, you'll gain access to a pulsed laser tier of weapons that will be found between the Magnetic and Beam (Plasma) weapons on the tech tree. Each laser weapon has a new model, new textures, and custom sounds and effects.

Long War Studios announced five mods would be coming to XCOM 2 post-launch. The Toolbox mod was the first, and these two new mods are the second and third. Next up will be an Alien Pack with 10 new enemies. There will be a fifth mod down the road, but it has not been announced at this time.