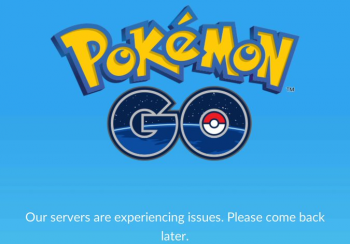 Pokemon GO's server issues will be addressed before the game launches in new countries.

Pokemon GO started rolling out this week, but the popularity of the free to play mobile title has left many players complaining of not only rapid battery drain but also significant server issues reported, and the Pokemon GO team at Niantic Labs has decided to pause the game's international release until the issues can be addressed. Because no one else should have to suffer the pain of catching a Nidoran with a "great" throw only to have the game crash before it registers. I'm not mad.

Niantic Labs CEO John Hanke told Business Insider that the company is aware of the server issues, which make it difficult to launch the game or maintain a connection for any extended period of time. According to Hanke, the launch in other countries has been "paused until we're comfortable." The team is working on a solution, with Hanke saying that there was "a great run" of server availability on Thursday evening.

Meanwhile, the official Pokemon GO Twitter account reiterated that the team is working on the server issues, adding that the game will continue rolling out to new countries "soon."

Thank you for your patience. We have been working to fix the server issues. We will continue rolling out #PokemonGO to new countries soon.— Pokémon GO (@PokemonGoApp) July 8, 2016