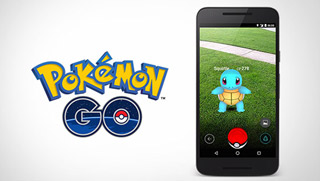 Nintendo has added over $7 billion to its market value, thanks to Pokemon GO.

Love it or hate it, there is no denying that Pokemon GO has been a massive success for Nintendo. It is reportedly used by more people than Twitter, and that success has translated directly into financial gain for the big N. Reuters, via CNBC, reports that Nintendo shares have surged 25% following the smartphone game's launch, and has added around $7.5 billion to the company's market value.

Nintendo stock closed up 24.52 percent on Monday at 20,260 yen ($199.70) per share; this followed Friday's gains of some 8.9 percent. Pokemon GO was rolled out on July 6 and is currently available in the U.S., where it's dominating the list of top free apps on both the App Store and Google Play Store, as well as in Australia and New Zealand. It is expected to be released in Japan soon - a move which will no doubt further add to Nintendo's coffers.

Mia Nagasaka, an equity analyst with Morgan Stanley MUFG Securities, said that the estimated daily turnover for Pokemon GO on the first day was around 400 million to 500 million yen ($3.9 million to $4.9 million).