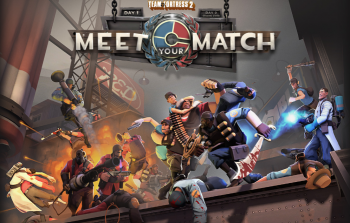 Team Fortress 2 fans were not happy with the harsh penalties imposed on players for leaving games early.

Last week, America's number 1 hat simulator finally got the competitive matchmaking mode fans have been clamoring for. It also came with a re-haul of the game's "Quick Play" mode, adding a sort of casual matchmaking system for players who want fair matches, but don't want to climb the competitive ladder. It was met with a lot of criticism, particularly regarding the harsh Overwatch-style "leaver penalty". Thankfully, Valve is listening, and has already make some changes.

Previously, leaving a game in progress counted as a loss and prevented players from joining another game for 10 minutes. This penalty has been completely removed, with Valve stating that "Your feedback has convinced us that it is more important for players to be able to come and go as they please," Valve explained.

Next, regarding the long wait times casual players are experiencing finding a match, Valve says that this is actually a bug in the matchmaking system that will be fixed very shortly.

Finally, the option to choose a specific map to queue up for is on the way. "We'd intended to roll out the number of match options available to players incrementally, so as not to overload the matchmaking system with too many variables on Day One," said Valve. "In retrospect, of all the match options to hold back, map selection should not have been one of them. It is the next feature we are adding to Casual mode, and you will get it very soon."

You can read more about the changes in the official blog post Valve made regarding the matter.