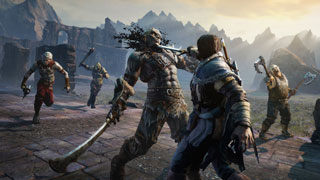 The FTC is hitting Warner Bros. with a settlement because the company failed to offer proper disclosures on paid Shadow of Mordor videos.

The hits just keep on coming for YouTube stars. In the wake of recent issues with CS:GO streamers who were outed for owning sites they were promoting without disclosure, Warner Bros. is about to be hit with an action from the FTC for neglecting to disclose paid relationships with YouTubers.

At issue is the online marketing campaign for Middle-Earth: Shadow of Mordor - the game that won our Best Action-Adventure award for 2014. Prior to its launch, Warner started up an online marketing campaign that included paying well-known online personalities (including YouTube sensation PewDiePie) for positive coverage of the game. That those videos were made is not the problem - it's how the disclosures were handled.

The FTC statement claims that Warner "instructed influencers to place the disclosures in the description box appearing below the video. Because Warner Bros. also required other information to be placed in that box, the vast majority of sponsorship disclosures appeared 'below the fold,' visible only if consumers clicked on the 'Show More' button in the description box." This is doubly problematic because when videos are shared on most social sites, the "below the fold" content is not included.

Under the proposed settlement, Warner Bros. would be prohibited from "misrepresenting that any gameplay videos disseminated as part of a marketing campaign are independent opinions or the experiences of impartial video game enthusiasts. Further, it requires the company to clearly and conspicuously disclose any material connection between Warner Bros. and any influencer or endorser promoting its products." The company must also take steps to insure that any influencer they hire in the future complies with the same requirements.

Jessica Rich, Director of the FTC's Bureau of Consumer Protection, said, "Consumers have the right to know if reviewers are providing their own opinions or paid sales pitches. Companies like Warner Brothers need to be straight with consumers in their online ad campaigns."

You can read the full FTC release here. This agreement will be open for public comment for 30 days, with that period ending on August 10. If you'd like to submit a comment on the case, you can do so right here.