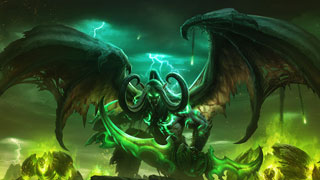 A new silence penalty is coming for those who abuse World of Warcraft's chat channels.

World of Warcraft's chat channels have been notorious for years. Even those who don't play have likely heard players describe "Barrens chat" and the plethora of Chuck Norris jokes and other things found within. There have also been those who abused chat channels to harass and annoy others. Blizzard is looking to address those issues with a new addition coming in the pre-expansion patch for Legion: the Silence Penalty.

Once the patch hits, Blizzard says that, "Any player who is reported multiple times under the Spam or Abusive Chat categories will, after investigation, receive an account-wide silence penalty." What does that mean? Well, it means that your ability to use in-game chat will be severely limited.

Players under a silence penalty will not be able to do any of the following:

Those players will still be able to whisper friends, reply to all whispers, use party and raid chat with invited players, create parties and raids, share quests, and sign up for pre-made groups.

That's a fairly meaningful penalty, and for first offenders it will last 24 hours. But if a player receives multiple silence penalties, the duration will double each time such a penalty is assessed, and there is no maximum. Habitual offenders may find themselves without full chat privileges for quite some time.

You can check out the official word from Blizzard on this new feature over at Battle.net. This may not completely clean up WoW's chat, but it will definitely be a step in the right direction.