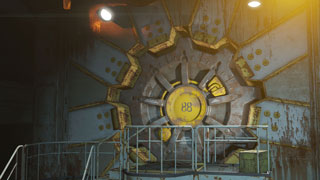 You'll be able to build your own Vault in Fallout 4 later this month, thanks to the Vault-Tec Workshop DLC.

The next DLC coming to Fallout 4 is the Vault-Tec Workshop. It will let players build their own Vault and attract new dwellers, as well as adding pre-war industrial items. You'll also be able to experiment on your vault dwellers, just like the real Vault-Tec.

Bethesda is sending out closed beta keys for the DLC to a few lucky fans this week, and they've also announced an official release date for the DLC: July 26 on all platforms.

Once the Vault-Tec Workshop DLC is out, there will only be one remaining DLC planned for Fallout 4: Nuka-World. Featuring an amusement park overrun by raiders, the final DLC adds a whole new zone to explore. It's slated for release sometime in August.