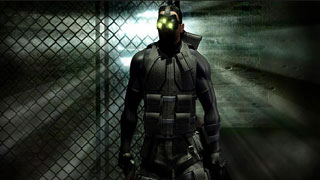 Ubisoft is giving the original Splinter Cell away free on PC for 30 days.

To celebrate its 30th anniversary, Ubisoft is giving away some of its classic PC games for free on Uplay. Each game is offered free for 30 days, and is then replaced with a new offer. This began during E3 last month with Prince of Persia: The Sands of Time, and continues this month with the original Splinter Cell.

Released in 2002 for PC and Xbox, and later for PS2 and GameCube, Splinter Cell broke new ground in the stealth genre with some of the best lighting effects seen at that time. It also spawned a series that runs to this day, with the most recent entry in the series being 2013's Splinter Cell: Blacklist.

There's no word yet on what game Ubisoft will choose to give away next month, but for now you should just make sure that you don't miss out on getting this one free. The only downside is that you have to go through Uplay.

Grab your free copy over at the Ubi 30 site.