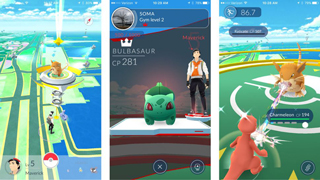 A hacker group has claimed responsibility for this weekend's server downtime in Pokemon GO.

If you were frustrated with the downtime in Pokemon GO this past weekend, you may have a hacker group to blame. There were rumors this weekend that a DDoS was underway, but service was restored early Sunday morning.

A hacker group called OurMine claims that it was behind the downtime. The group told TechCrunch that they wouldn't stop the DDoS until someone from Niantic contacted them. The group posted on their website, saying, "No one will be able to play this game till Pokemon Go contact us on our website to teach them how to protect it!"

OurMine said that they were a trio of teenagers who was trying to spread the word about security. They explained that the reason they carry out DDoS attacks on game servers was that, "We don't want other hackers attack their servers, so we should protect their servers." But OurMine isn't the only group claiming responsibility. Another group called PoodleCorp also claimed responsibility.

Niantic hasn't admitted that anything oput of the ordinary caused the downtime, so this could be a case of hackers taking credit for something purely for publicity purposes. Of course, it could also be a case of the company not wanting to admit they've suffered an attack.

Either way, there have certainly been some downtime issues with Pokemon GO. Here's hoping that the servers are a bit more robust as the game rolls out in more countries.