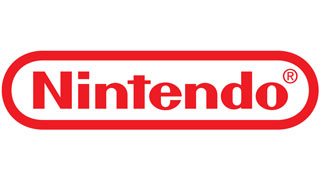 Nintendo's stock fell sharply as it announced that Pokemon GO won't affect its profits much at all.

There have been plenty of effects from the meteoric rise of Pokemon GO, but perhaps the most unforeseen was the jump in Nintendo's stock price. Although most people associate Nintendo with the franchise, it's actually owned by The Pokemon Company, which Nintendo owns a third of. Pokemon GO is even further disconnected from Nintendo, as it is developed by Niantic, and only licensed by The Pokemon Company.

Be that as it may, Nintendo's shares had soared since the game's launch, growing around 50 percent in value. Bloomberg reported that Nintendo's market value had doubled, surpassing Sony's. All of this success was great for Nintendo, but on Friday, reality kicked in for many investors.

After a Nintendo financial briefing Friday in which the company announced that any profits it realized from Pokemon GO would be limited, the company's stock dropped over 17 percent. The announcement is not surprising, as the only revenue Nintendo can expect from the popular app is a percentage of the licensing fees. But that doesn't mean that Nintendo won't benefit from Pokemon GO's popularity in other ways.

After all, this fall will see the release of the next pair of games in the Pokemon handheld series, Pokemon Sun and Pokemon Moon. With the excitement generated by Pokemon GO, you can bet that Nintendo is excited about the prospects for those two games.

It's not surprising to see a correction in the rise of Nintendo's stock prices, especially given its peripheral relationship with Pokemon GO. Even so, it's likely that Nintendo will still see some benefits from the app's enormous success.