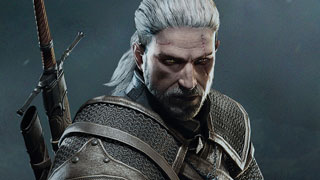 There's a work-in-progress mod that will let you explore the world of The Witcher 3 from a first-person viewpoint.

The Witcher 3 is a phenomenal game. It's so good that it was named Game of the Year in 2015 by both our staff and our community. But there was one thing that you couldn't do in the game, and that's play in first-person mode. Well, until the modders got hold of it.

Nexus Mods user Skacikpl has been working on a first person mod for the game since March. At the time, he said that it seemed "unlikely" that the mod would see a public release, unless he could overcome persistent technical issues. IT would appear that he's overcome at least some of them, as you can no play the mod yourself.

There are still some significant limitations, not the least of which is that combat in first person is basically impossible. When asked about the possibility of first-person combat in the YouTube comments, Skacikpl said, "Impossible, there are some engine-level tweaks that i cannot override that make combat a bad experience in FPP. And that's entirely besides controls.﻿" The mod pulls out to third-person in combat situations.

"Maybe if i had more insight into how some of the subsystems in the game worked (and a lot of more free time) I'd be able to override some of it for a more suitable solution, but for now i believe that having a decent exploration FPP experience is enough, Skacipl wrote.

That said, as you can see in the video above, it's a great way to explore the game's open world. A cautionary note, though. The mod is designed for use with a mouse and keyboard, and does not have proper controller support.

If you want to check it out, you can download the mod direct from the creator's site at this link.