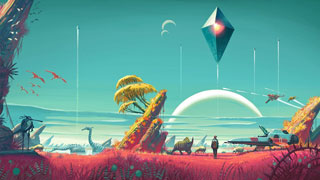 The PC release date for No Man's Sky has been pushed back three days.

If you've been anxiously awaiting the release of No Man's Sky on PC, your wait just got a bit longer - three days longer, to be exact.

The delay was posted quietly, with the "About" page on the official website being updated to reflect a launch date of August 12 for the PC version. The PS4 version is still slated for an August 9 release in North America.

If you've been on the fence about which version of the game you want, you'll be happy to hear that the PS4 version does not require PlayStation Plus. There are two trailers worth checking out if you want to see the game in action.

There's no word yet on what caused the three day delay, but it doesn't seem to be related to the possible patent dispute that arose last week over the procedural generation formula in the game.