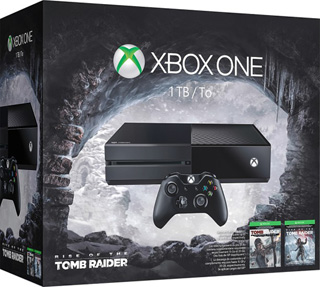 There have been plenty of Xbox One Deals since the announcement of the new versions of the console, but this Best Buy deal may be the best one yet.

If you haven't made the move to the Xbox One yet, you're probably holding out for the Xbox One S or Project Scorpio. But if you're just hoping for a great deal on the console, then Best Buy might have you covered.

While that's a pretty standard bundle, it's the extras Best Buy is packing in that make it really attractive. First up, is a $50 Best Buy gift card. Then there's the Xbox One Special Edition Covert Forces Wireless Controller. Next are Xbox One copies of Mad Max and Batman: Arkham Knight. Finally, it includes am Insignia battery charging station for your wireless controller batteries.

It's a lot of goodies in a bundle, to be sure. But I imagine that we'll see more bundles like this in an effort to clear out the remaining inventory of original Xbox One consoles, as the Xbox One S becomes available next month. If you're interested, you can check out this bundle on the Best Buy website