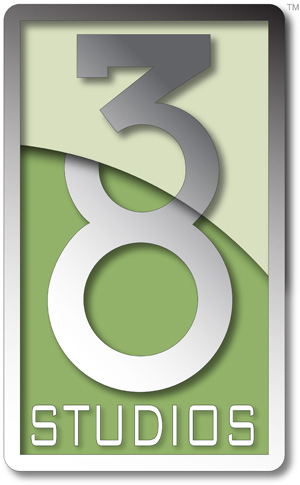 There won't be any criminal charges filed against Rhode Island government officials or former 38 Studios employees.

Almost everyone remembers the sudden shutdown of 38 Studios, the developer of Kingdoms of Amalur: Reckoning. Founded by All-Star baseball pitcher Curt Schilling, 38 Studios received a $75 million loan from the Rhode Island government to work on the game that followed Amalur, a new MMO called Copernicus.

In the aftermath of the studio shutting down, an investigation was launched into the way the deal came about, and that investigation continued until Friday, when Rhode Island Attorney General Peter Kilmartin and Rhode Island State Police Colonel Steven O'Donnell called a press conference to announce that no criminal charges would be filed.

Kilmartin said that "We do not possess the luxury of just being emotional when it comes to matters such as this," in defending the decision to forego filing charges. O'Donnell reminded reporters that "a bad deal does not always equate to an indictment."

The printed explanation was eight pages long, but the conclusion is where you find the most important takeaway, which reads, "The quantity and quality of the evidence of any criminal activity fell short of what would be necessary to prove any allegation beyond a reasonable doubt and as such the Rules of Professional Conduct precluded even offering a criminal charge for grand jury consideration."

A spokeswoman for Rhode Island Governor Gina Raimondo, who promised an independent probe of 38 Studios that never materialized, said that she "has no plans to call for an additional investigation."

However, this doesn't close the investigation. Kilmartin said that the information gathered would not be released to the public, as the case will remain open, and new evidence could result in charges being filed at a later date. It also has no effect on the ongoing 2012 civil suit filed by the state against the people behind the deal, nor does it deal with the civil fraud charges that the Securities & Exchange Commission filed against the state and some of the people behind the deal.

Curt Schilling weighed in on the deal on Twitter, saying,

@PerryRussom could have saved 10s of millions more by telling you that 5 years ago. Disgusted to see officers sent on fake ass witch hunt— Curt Schilling (@gehrig38) July 29, 2016

While this doesn't completely close the door on 38 Studios, it certainly has to make some of the people who were being investigated feel better. It doesn't do much to help offset the $75 million in lost loan repayment, nor does it address the money spent in investigating the situation for the last four years.