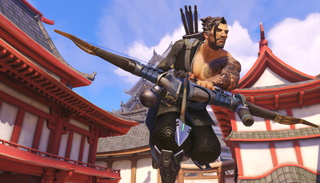 Blizzard's banned another swath of Overwatch accounts, and it's caused some predictably hilarious responses from those who got hit.

If there's one thing that can wreck an online game, it's cheaters. Blizzard has said in the past that they were taking a zero-tolerance policy on cheating, and it looks like they're serious so far. Back in June a number of ban waves had already hit, and Blizzard's Chinese partner NetEase went so far as to publish the names of those banned.

While Blizzard hasn't gone that far, they have rolled out another ban wave, and as usual, you can find a number of upset users who were affected. Thanks to Reddit user jonnytothedee, we can see some of the salty responses the banned users threw out on the OwnedCore forums.

Here are a few of my favorites:

"it must be ilegal to do something like this. just banning us for running an external program that doesnt even hack the game. it was just a mouse bot. zzzzzzzzzzzzzzz. ARE THEY GONNA BAN ME FOR USING PAINT NOW TOO."

You can check them all out in the gallery below.