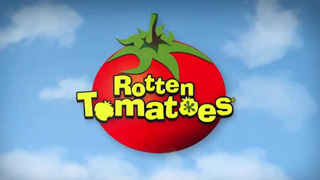 In the wake of a slew of negative reviews of Suicide Squad, a fan has created a petition to shut down review aggregator Rotten Tomatoes.

The reviews of upcoming DC film Suicide Squad are not encouraging. It's currently sitting at 33% on the site's Tomatometer, which places it squarely in "Certified Rotten" territory.

As you can imagine, fans of the movie are not happy about the reviews, and a large number of them have glommed onto a petition that popped up on Change.org. Started by "Abdullah Coldwater," the petition seeks to shut down Rotten Tomatoes entirely. Why? Well, the petition says,

"We need this site to be shut down because It's Critics always give The DC Extended Universe movies unjust Bad Reviews, Like

Over 11,000 people have signed the petition so far. Poor spelling and grammar aside, it seems a bit odd to have this many people (the majority of whom, incidentally, haven't seen the movie yet) clamoring for the shutdown of a site that didn't even write the reviews in question. All that removing Rotten Tomatoes would do is make gathering the reviews a little more difficult.

It remains to be seen what the general public thinks about Suicide Squad, as it won't hit theaters until this Friday. If you do go see it, let us know what you think in the forums!