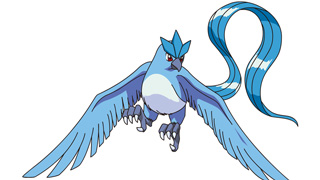 If you had a Pokemon GO legendary on your account, it's been removed to keep the game fair, Niantic says.

The Pokemon GO community has been abuzz this week with the news that someone caught a legendary Articuno. There were some claims that they could have only done so by cheating, but Niantic has now told GameSpot that a few legendaries have accidentally made their way into the game. Unfortunately, that's where the good news ends.

As the appearance of the legendary Pokemon was unintentional, Niantic has revoked them from the accounts of the trainers who caught them. The company told GameSpot,

"We recently noticed that a few Legendary Pokemon got into a few accounts when they shouldn't have. To preserve the game's integrity and as a measure of fairness, we have rectified the situation and revoked the legendary Pokemon from the Trainers' accounts."

There's no word on if there was any compensation offered to those who had Pokemon removed, but regardless, it's another PR hit for Niantic. They've already had the fallout from removing tracking both in-game and on third-party sites to deal with, and this is likely not helping in their quest to keep players happy.