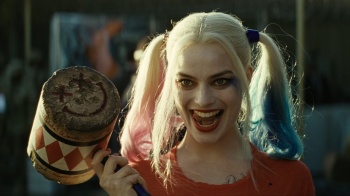 Despite middling reviews, Suicide Squad topped the box office this past weekend, easily breaking the previous record for an August opening weekend. It grossed $133.7 million, almost $40 million more than the previous record holder, Guardians of the Galaxy. This is in spite of a Friday-to-Saturday drop over 40%. That's an unexpectedly big opening for Warner Bros., which has to be more than pleased.

Jason Bourne dropped over 60% in its second week of release, grossing $22.4 million. That's a larger drop than Star Trek Beyond's second week, although Bourne's budget was significantly lower. Speaking of Star Trek, Beyond dropped another 58.58% to fifth place, raking in only $10 million. With (so far) disappointing international grosses, and well lower than expected domestic takes, Beyond is looking like a certified bomb.

The other wide release of the weekend was the Kevin Spacey cat movie, Nine Lives. It made an estimated $6.3 million over the weekend, which still feels like too much to me, but probably not enough for its studio, especially given its reported $30 million budget.