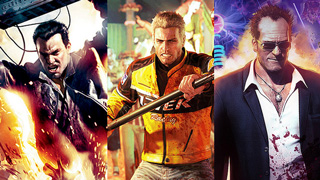 Capcom has confirmed that the remastered versions of Dead Rising, Dead Rising 2, and Dead Rising 2: Off the Record will release next month.

The first two Dead Rising Games are headed to current-gen consoles, and the original game is coming to PC for the first time next month.

If you're wondering why only the original Dead Rising is slated for Steam, it's because the other two titles are already available on that platform. Dead Rising turns 10 this year.