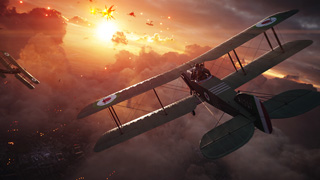 If you want to take part in the Battlefield 1 beta, you can now sign up for Battlefield Insider and choose your platform preference.

If you're hoping to take part in the Battlefield 1 beta, it's time to get yourself signed up. EA has updated the Battlefield Insider page, giving members the chance to select their platform of preference for the upcoming beta. If you're not a member, that's OK. You can sign up for free here.

You can choose PC, PS4, or Xbox One, but as you'd expect, the PC version requires an Origin account. Beta invites will be sent to the email address you provide when you sign up. Insider members will reportedly get a three-day head start when the beta goes live.

No one knows for sure when the Battlefield 1 beta will begin, but EA has said that it plans for it to start shortly after Gamescom, which runs August 17-21. Battlefield 1 is set to launch on October 21 for PC, PS4, and Xbox One.