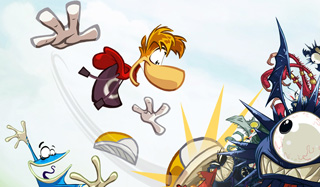 Starting next Wednesday, Rayman Origins will be free on Uplay.

Ever since E3, Ubisoft has been giving away a free PC game every 30 days to celebrate its thirtieth anniversary. It began in June with Prince of Persia: The Sands of Time, continued in July (and now) with the original Splinter Cell, and next week, the free game will be Rayman Origins.

In the press release announcing the newest free game, Ubi wrote, "We could not celebrate Ubisoft 30th anniversary without talking about Rayman. Created in 1995 by Michel Ancel, Rayman is one of the few platforming characters that has been created at the 32-bit era that is still alive today. Rayman 1 was released on Atari Jaguar and is today the Ubisoft game that has traveled across the most different platforms."

There are no strings attached to these games. Once they're added to your Uplay account, you'll have them forever. Of course, the requirement for Uplay can be a deal breaker for some people.

You can grab Splinter Cell now, and Rayman Origins next Wednesday, August 17, over at the Ubi30 website.