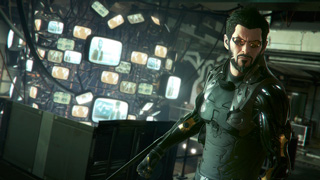 Eidos Montreal has announced the official system specs that you'll need to play Deus Ex: Mankind Divided, as well as when you can start pre-loading it.

Deus Ex: Mankind Divided launches in less than two weeks, and Eidos Montreal has revealed exactly how much PC you'll need to play it. The developer has also shared the pre-load schedule for the upcoming game.

First up, you'll need a GTX 970 or Radeon RX 480 to run the game at 1920 x 1080. Obviously, if you want to go beyond that, you're going to need some more horsepower in your video card. Here's the full list of system requirements:

Deus Ex: Mankind Divided is set to launch on Tuesday, August 23 on PC, PS4, and Xbox One.